Aren’t animations entertaining? A short animation film is significantly more powerful than a thousand-word message. Perhaps this is why people utilize animation techniques for business, presentations, education, and other uses. However, it’s imperative to have at least a fundamental understanding of the many animation techniques used in multimedia before you ultimately move on to creating one for yourself.

This comprises the earliest methods that many entertainment corporations employed. Every illustration for a scene in this animation was hand-drawn, so if you enjoy painting, traditional animation will fascinate you. In this animation, each picture that makes up a scene is drawn by hand on a sheet of paper, and each photo is then framed to form the desired scene.

Animation would be useful when people are not exposed to computers. Flip-flop animation, created when a painter or artist flips up a little notebook filled with identical sketches, is called such because it moves. One of the earliest but most intriguing forms of animation is flipbook animation.

An excellent illustration of the stop motion style is stop motion cut-out animation. Instead of producing a series of images, a single drawing is created and divided into pieces. Wires or pins connect these cut-outs. This enables the animator to move particular character pieces to demonstrate animation.

This can apply to computer-generated vector-based and conventional animations created on paper or other comparable media. Here, we’ll concentrate on the latter. The concept is identical to the conventional one. The absence of a solid medium is the sole significant distinction, though. All of the drawings are created digitally on a computer and then played to create the animation effect. Therefore, it is quicker and easier than the conventional procedure.

These days, 3D movies are a very popular kind of entertainment. Playing with puppets is pretty similar to this technique. However, it is done in a digital setting. Let’s concentrate on the fundamental ideas since the underlying procedure is rather complicated. The computer arranges the images in a digital environment and performs all the computations to make the objects move in the desired direction. This type of animation is typically highly expensive and rarely employed.

Apart from the types mentioned above, motion pictures are extremely different. Why? A storyline is not necessary for motion graphics. Instead, all that is needed to add some interesting effects is the movement of still images and inscriptions. Motion graphics include, for instance, animated logos, explainer videos, and the credits list after a film.

Deepak: I recently completed Animation Prime, one of the career animation courses offered in Arena Animation Pune. Classes are held two hours a day, three days a week, for the whole 27 months. With the help of this course, I  also joined an animation studio and gaming firms after completing this course. I am thankful for Arena Animation which is helping me in exploring various dimensions of animation.

These multimedia animation approaches are fully supported by science (which is usually more relevant to an animator). Are you still unsure about which fashion will suit you best? Get in touch with Arena Animation Tilak Road right away to talk about animation courses in Pune and the several  animation techniques options that could serve your needs. Why Does A Career In Animation Need A Focused Training Curriculum? 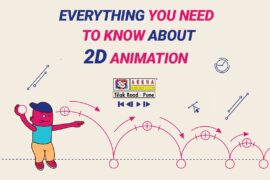 Everything You Need to Know About 2D Animation What Is Stop-Motion Animation?