VFX stands for visual effects, which are summarized as visual FX OR VFX. Visual effects are used to give shape, color, and size to an imaginary thing. We all love watching animation movies and cartoons, but the creature used in such movies is not real it is just the imagination that is given a proper structure by a programmer. It is a boon to our film industry by which we created some remarkable movies in recent years like Avengers infinity war, Iron man, and action one. The visual effects are used to generate imagery and create an environment that looks real.

Visual effects are not confined to Hollywood movies; in recent years, we have seen some blockbusters Bollywood movies like Bahubali and Robot. Apart from that, these effects are used in television commercials, broadcast, web series, advertising. In some reports, it is confirmed that the fan base of such movies got a sudden spike across the globe, and more people are willing to make their career in this field. If you are an art enthusiast and love creating things on a computer with innovative ideas and skills, then it can be a very good career option for you. There are dozens of career path which will open to you from diverse industries.

The eligibility to pursue your career in this course is 10+2 from any stream (science, commerce, and arts). After that, you can pursue your graduation in VFX animation, it would be a 3-year degree program, and after completion of your course, you will get B.A in animation or B.SC in animation. There are various diploma and certificates courses available for you. You can enroll in those institutes which offer diploma and certificate courses. There are splendid job opportunities after completing this course because technology has revolutionized our world, so if you are passionate and eager to learn new things, update yourself with new skills, then you will enjoy your work. It is not just animation, but many other departments like animation 3D, animation 2D, modelling, rigging, sculptor, image editor, EFX, match move, texturing, lighting, dynamics, and lot more.

VFX with animation is a good choice because we are living in a digital world, and both courses have abundant career opportunities. In the coming years, these industries will grow to a new height with lots of career options for you. It will have a boosting growth in the coming future because the majority of youth are attracted to this.

If you are looking for a good institute to pursue this course, then Arena animation Tilak Road should be your first preference. They offer career-oriented VFX course in Pune and have mushroomed in other parts of India too. They provide world-class education and training. They have a hospitable and well-trained staff that leaves no stone unturned to cultivate innovative minds and teaching them high –end animation techniques. They have a number of Courses which meet your expectations, some of them are-VFX Film making and VFFX prime. VFX film making trains the participant to create high quality visual effects for films, television, advertisement, and games. VFX Prime is 24 months course that deals with training students about 3D Modelling, Digital Sculpting, Character Animation, Rotoscopy, and a lot more. 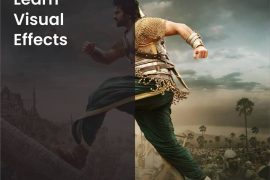