The gaming industry is on a boom than ever. In recent times, games like Clash of Clans, PokemonGo and PUBG have gained colossal popularity all over the globe. Their success can be attributed to their impressive design and interface.

The design of a game is the most important component of the game as it is what lies behind speedy adoption or rejection of the game. PUBG is a huge success because of its impressive design that takes gaming to the next level.

Today, games have penetrated in events & marketing, banking, hotel, education, and many other industries. In such a scenario, game designing has become a promising career for candidates. Currently, the Indian gaming industry is generating revenues of 4.22 USD/year and is ranked 18th in the global scenario. According to Nasscom, the revenues would cross the 1 billion mark within a few years. This clearly shows that there is a good scope for the animators and game designers in the field.

Why gaming is becoming popular?

In this fast-paced world, everyone is busy juggling between their personal and professional lives. So, people find ways and means to relax their mind.  Gaming is one of them.

Gone are those days when gaming was popular among the youth and millennial. Today, people of all age group are intrigued by games. Many people get a breather when they play the game and some play game to uplift their mood and spirits. It is also believed that games if played with limits, can enhance the IQ level of people. So, people love gaming. Every year, millions of games are launched and each of them does quite well. This has led to immense scope in the field of game design.

Job profile and responsibilities of a game designer

The gaming industry is one such sector that is impacted by technological changes. So, the game designers must be abreast of technological trends and they should have hands-on experience of design software & animation tools. It is the task of the designer to make the game interesting by creating a user-friendly and attractive game design. Their responsibilities include:

Game designers are paid well as they are responsible to give soul to the game. A game designer can earn anywhere from 2 lakh INR per annum to 10 lakh INR per annum based on his expertise and experience. Instead of working with a firm, the game developers can also work as freelancers, consultants or entrepreneurs. A game developer can earn a decent income for his work but for that, he needs to gain expertise and experience.

There are lots of gaming companies in India. Furthermore, new startups are being launched every now and then to leverage the scope of the industry. These companies seek experienced and talented game designers who can create impressive designs. You can capitalize on these opportunities by pursuing animation and design course from Arena Animation.

What are the Types of Jobs in the Animation Industry? 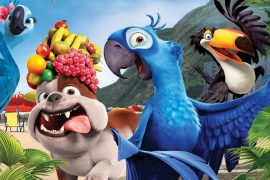 Career in animation after 12th 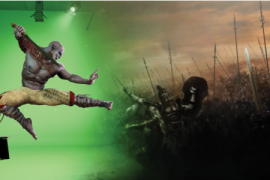 Jobs in the VFX industry